One thing I am totally loving about the Pacific Northwest, is the company.

I am finding myself in discussions more than debates, and while in places like Montana it seemed like I was constantly forced to defend my DEEPLY held parenting views, here I just seem to be in the company of mamas of the same.

It is no secret that the hippie-granola-crunchy-naturalistic-wholesome people of the world have a home here in the Seattle area.

While I am reluctant to label my parenting choices, I fall mostly into the "attachment parenting" category. For me, I just follow my instincts and respond to the needs of my child(ren). Always. It hardly seems like something worth writing a book about or reading a book about for that matter.

I was told when Eldon was a baby that I was spoiling him by holding him all the time and not making him sleep alone, that he needed to cry, that I should spank him when he misbehaved, and that he would never learn to sleep on his own.

His rowdy nature and strong will forced me to question myself at times.

There were times that I wanted to smack him and times when I wondered if it would help.

I told myself that my job was to raise a decent, intelligent, compassionate, and contributing adult, not an obedient toddler. I hoped that we would struggle through a few (alot of) moments and eventually see the payoff.

Eldon is four AND A HALF (seriously?) this week and I am seeing the payoff in a million different ways. It couldn't have come at a better time.

Just when I need it, this insane gift of "yes! you are doing it right!"  comes pouring in and my heart sighs before it almost explodes with love for the little dudes I am entrusted to keep.

The tantrums are dwindling, the pleases and thank yous are being overused, the sneakiness is sneaking away. Instead of a shouting and wrestling match to get him into bed at night, he is sweetly telling me he is tired, and offering to "put good dreams in my head" before peacefully drifting off to sleep.

I am seeing it in the way he is adapting and handling the changes in his life. While the literature tells me that he is silently struggling with divorce and a new baby on the way, he seems more confident and secure than ever.

I see it in the way he happily trots off to a room full of new kids and caregivers, makes friends, and doesn't even ask where I'll be. He just knows that I will be waiting for him and eager to hear all about it when he is done. 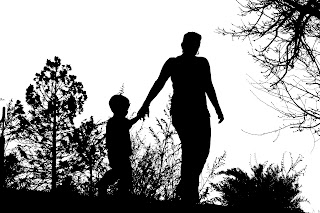 When we play the game where I ask "Who loves ya baby?" he has traded in his normal response of "Mama do!" for "Mommy and Daddy do!" and I know that he knows it.

Strangers are commenting on the way he insists on holding the door open, and tells them to have a nice day. He tries to talk me into pulling over to give our umbrella to the lady waiting in the rain at the bus stop.

I don't have a perfect kid. I know that there will be more tantrums and arguments and learning for both of us. In this time he also threw the tantrum of the year on the bus coming home from the downtown New Years celebration. It was bad bad bad.

But overall? Lately it has been good good good.

There will be phases and struggles, I know. He is four, his brain is developing, he is and will always be learning. To learn, you have to test boundaries and he is a good tester.

This new little life is going to come booming into our world soon....so soon. Without knowing it, Eldon has given me the gift of confidence over the past couple of weeks. Instead of allowing the doubt to creep in and consume my decision making, I can look to Eldon and know for certain that there is light at the end of this tunnel.The tunnel made up of sleepless nights, bedsharing and not getting a "night out" for a year or two because I know that my baby needs me. The tunnel of defiance and not sharing, not "listening", and not not not not not.

I know that this baby will sleep on his own when he is ready.

I know that he will learn impulse control when he is ready.

I know that he will learn how to express his frustrations with words when he is ready.

And now thanks to Eldon, I know that he will be ready.

I am so proud of this biggest boy of mine. I can't wait to see him step into his role of big brother and to set out on this journey once again. This time will be different for obvious reasons (duh, I will be raising an entirely different kid) but also because I will be different. I will know without a doubt in my mind, that this is just the kind of mother I am and that it works for us. 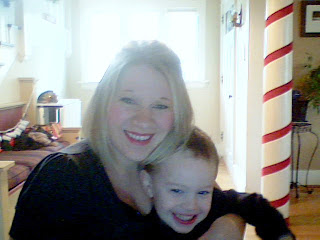 Jenelle
Here is a story about a girl with a nagging desire to save the world, give it all to love, and never have to wonder where the time has gone. Raising two wild boys, one of whom was born with a congenital heart defect. To keep up with his fight against Tetralogy of Fallot, please like "Mighty Max and The Mission Squad" on Facebook.